Maharashtra traditional dress for men clothing consists of a ‘SADARA’ outer garment and a ‘DHOTI’ lower garment. Above their dhoti, Maharashtrian men typically wear cotton shirts or Kurtas made of cotton. Because Maharashtra has a warm to hot climate, the tops are made of cotton to allow the garment to absorb sweat more effectively and last longer. This type of top is thin and flowy, and it’s usually white in colour.

Maharashtra is a Marathi-speaking state in India, located south of Gujarat. The state is huge in size and has a diverse population. More than 85 percent of the population follows the Hindu religion. As a result, the fundamental attire of Hindus in Maharashtra is comparable to that of Hindus in other states.

The outfits are different in style based on the communities in the state. The major communities can be split into the following groupings in terms of costumes. Brahmins come first, followed by Maratha farmers from Maharashtra’s aristocratic elite, Agricultural labourers from both the middle and lower classes, fishermen, and finally a variety of nomadic peoples.

Barbandi is a brahmin man's traditional top garment. It's a white cotton shirt with six pairs of strings for tying on one side. It is a loose-fitting garment with strings in the front. This clothing is always white and made of fine cotton, such as mul-mul or cambric.

See also  New Fashion Dress For Girls
Because of the British influence during the British rule, many men wore a western-style coat over their Barabandi. In the past, barabandi was a popular clothing. It is now only seen in historical plays or theatrical productions.A modern Brahmin man loves to wear a Sadara or Zabba, which is a loose, long-sleeved cotton or silk shirt, for traditional occasions. On a daily basis, he wears a Shirt/T-Shirt and western-style trousers.
View Barbandi at Amazon

A dhotar is an unstitched lower garment worn by Maharashtrian men. It's a 5 metre long and 50 inch wide cloth. This is wrapped in a unique way around the waist. The material is tied and wrapped around the waist.The pleats are then tucked in and made to a precise length. The bottom side of the pleats is fanned out, and the central point of the pleated cloth is pushed rearward between the legs and tucked at the back waist. The Dhotar may be tied in a variety of ways, giving you a lot of flexibility and comfort.Dhotars are always composed of cotton mul-mul cloth and are always white. It could have a woven border that is decorative. When performing religious rituals, Brahmin men must wear a 'Sovale.' Dhotar is similar to Sovale, however Sovale is made entirely of silk. Pink, yellow, purple, orange, and maroon are some of the colours available.

Pagdi is a traditional hat worn by Brahmins. Silken headwear with ornamental stitching is used on this piece. It is available in two colours: red and dark red. On the pagdi, a brooch made of gold or silver and studded with precious stones can be worn. "Puneri Pagdi," a characteristic headdress worn by all brahmin men in the historical city of "Pune," was popular during the time of the Mahabharata.

Uparne is a type of scarf that is traditionally worn over the shoulder in Maharashtra. It is made of silk or cotton and has little border decorations around the sides that are traditional to the region.

The Maratha Men of Maharashtra are people that are engaged in agriculture. This community was significant in the political history of the state and the country. The costumes, with a few exceptions, are comparable to those of the Brahmins.

Sadara is a shirt that is knee-length, half-sleeved, or full-sleeved. It has a small front opening with button closures. Although it has a collar, it is sometimes embroidered without one. Typically made of soft cotton or silk in pastel colours or pure white. Sadara is typically constructed from 'Khadi,' a cotton fabric that is hand spun and woven.

Dhotar, as previously said, is a lower garment. It features little patterned or coloured borders that span the length of it. Dhotar is available in a variety of flavours, including Karvatkathi, Ruiphuli, and Bajiraodhotarjodi.

Angarkha is a coat-like overgarment that is worn with a Kurta or Sadara. Beautifully made Angarkha coats were once worn by royal families.

Pheta is a Turban or headdress that has been freshly folded and is worn by Marathas. A piece of cloth approximately a foot wide and 15-20 feet long is used to help fold these over the top of their heads.One end of this is held high on the head, mimicking a feather, and the other end is occasionally draped over the back of the shoulder. Some Marathas and Malians dress in pagote or pagadi, which is a twisted ropelike cloth composed of twisted threads.The manner in which these headgears are folded differs from one culture to the next. Gandhi topi, a cap fashioned of Khadi fabric, is also quite popular in the country.

1. Sandi – Sandi is a thick sleeveless jacket, sometimes known as a ‘Bandi,’ that is used as an upper garment by fishermen.

2. Topi – ‘Tambadi topi’ or Rumal is a tiny scarf that is knotted around the head and worn as headwear by the Maharashtra Men.

3. Lungi – It is the Koli men’s lower dress, which is made of a square piece of cloth with a checkered pattern in bright colours and is worn below the waist. As a result of the way it is draped, the back tucking conceals the buttocks. In front, a loose triangular flap descends down from the waist, with its diagonal sides concealing the midthighs.

Due to urbanisation, the majority of Maharashtrians have adopted western dress styles, including hybrids of Indian and western styles such as the kurta and denim pants. However, the elderly still choose to dress in this traditional style since it is more comfortable for them. 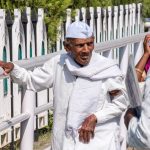 Nagpur, Maharashtra, India – March 2019: A candid portrait of an elderly Indian man dressed in a traditional white dress and a Gandhi cap on the streets of the city of Nagpur. 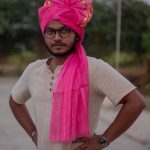 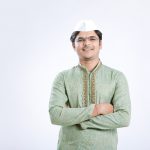 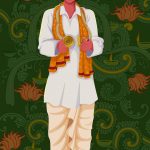 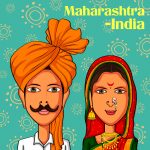 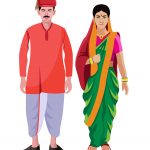 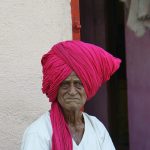 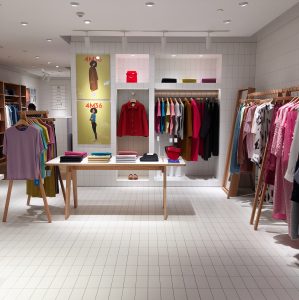 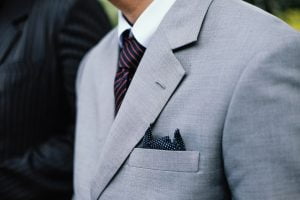 The Best Raymond Suits for Wedding India in 2023 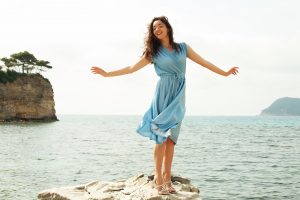 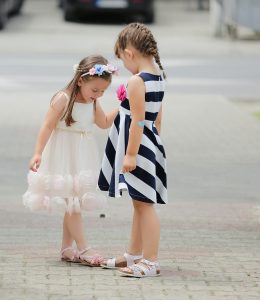 Find the new dress for girls here, as each and every girl has her own special qualities and make her ...
Read More 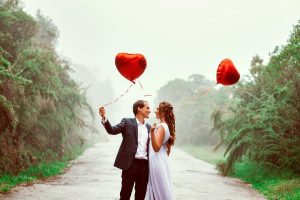 Valentine's Day dress are special because you may be planning a romantic evening for this once-in-a-year beautiful day. If you ...
Read More 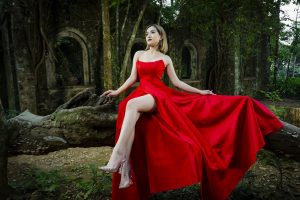